By Chris Nelson. April 25, 2022. The Salem Mask Trials continue in Palm Beach County. While forced masking is history even in the bluest areas, Palm Beach State Attorney Dave Aaronberg’s quest to bring each and every mask offender to trial continues. This time its 33 year old Fourth Grade Teacher Christopher Persaud. On October 26, 2021, Persaud, who was granted a religious exemption, decided to take off his mask. The following day, Persaud says he was sitting alone in his classroom at Westward Elementary when Palm Beach Schools Police officers entered his classroom and placed him in handcuffs. The arrest record shows police were called by Principal Bobbie Brooks. 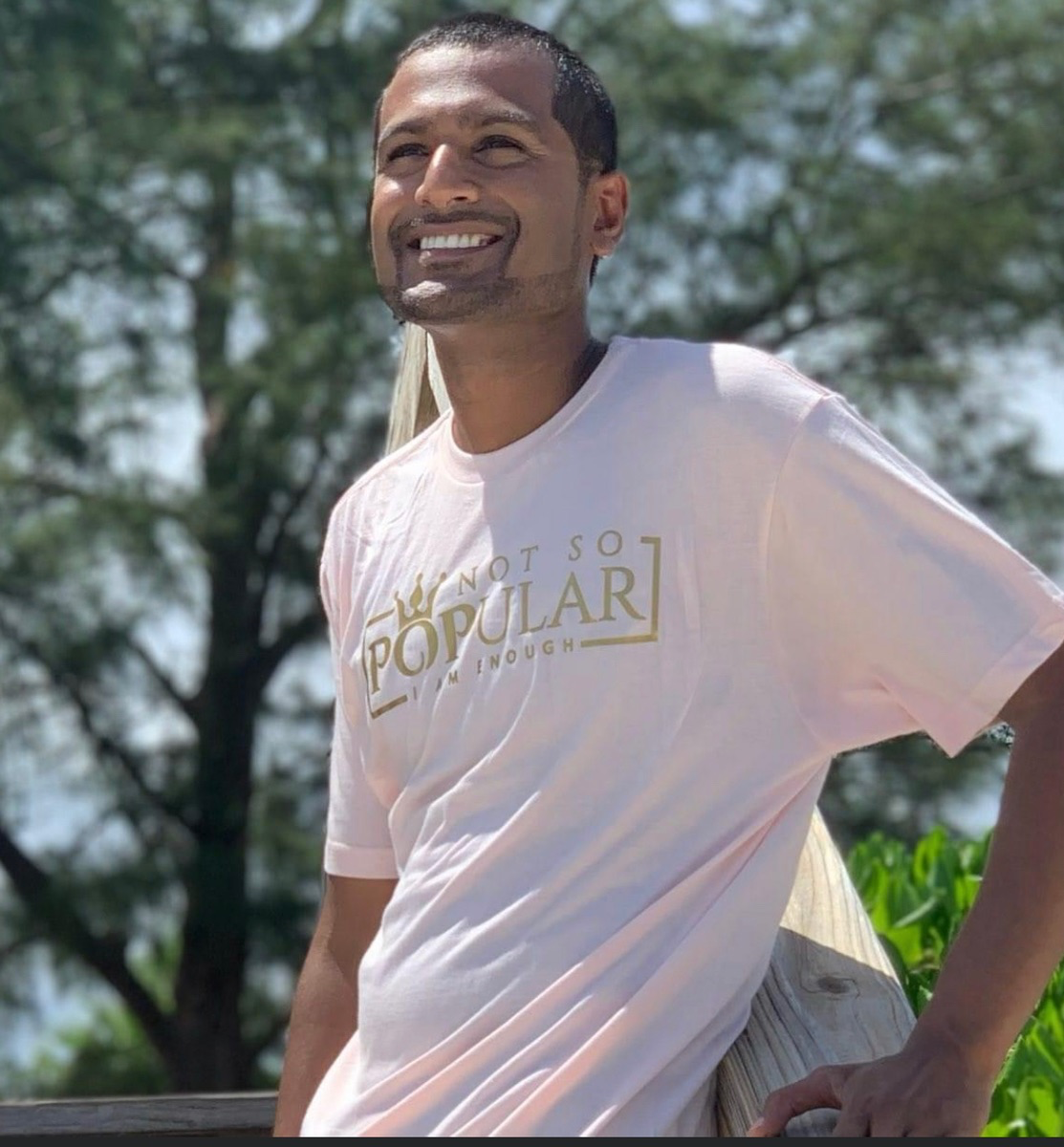 “I was sitting I a room in handcuffs for four hours,” said Persaud. Persaud was taken to the County Jail and charged with “Trespassing on School Grounds”. Palm Beach State Attorney Dave Aronberg, who brought a 65 year old woman to trial on similar charges earlier this year, is bringing the case to a jury trial. Persaud says he was offered to wear a face shield as a “reasonable accommodation”. An email obtained by Free Florida to Persaud from Vickie Evans-Pare, Palm Beach Director of Professional Standards states: “You can either report to your teaching assignment and wear the face shield (or face mask) on Monday, or you may take a leave of absence.” Ironically, Evans-Pare has a quote from Walt Disney at the bottom of her email.

Evans-Pare’s Twitter account includes a post mocking Florida Surgeon General Joseph Ladapo and a post about the son of a man who allegedly died of Coronavirus stating he “believes his dad would still be alive if the people he ran into---at his doctor's office and the grocery store---were wearing masks.“ Persaud says he believes in 2 Corinthians 3:17 which says “Now the Lord is the Spirit, and where the Spirit of the Lord is, there is freedom.” Persaud had already been granted a religious exemption from all covidian religious devices including face shields. See Email obtained by Free Florida from HR Manager Germaine English:

Just a few hours after getting his exemption, Persaud is being told he must wear ze mask!! “It did not make any sense to me,” said Persaud.

After the mask mandate was lifted, Persaud went back to teach. Then along came the fake Omnicron Variant from planet Fauci X and it was “wear ze mask or go home” all over again! He was given an ultimatum at this point. “Wear ze mask, or be fired!” But Persaud found a loophole. He filed to run for School Board and took political leave. “It was the only way to make a difference. The only way to just fight the tyranny”, said Persaud. “They forced us into this so there was no other way. Either lose my job or stand up and fight for who we are.” Persaud is running for Palm Beach School Board District #7. Check out www.VotePersaud.com.

To add humor to the story, one of the Officers who arrested Persaud was not wearing a mask himself! Now prosecutors are trying to get that fact suppressed claiming it will “confuse” the jury! Read here: 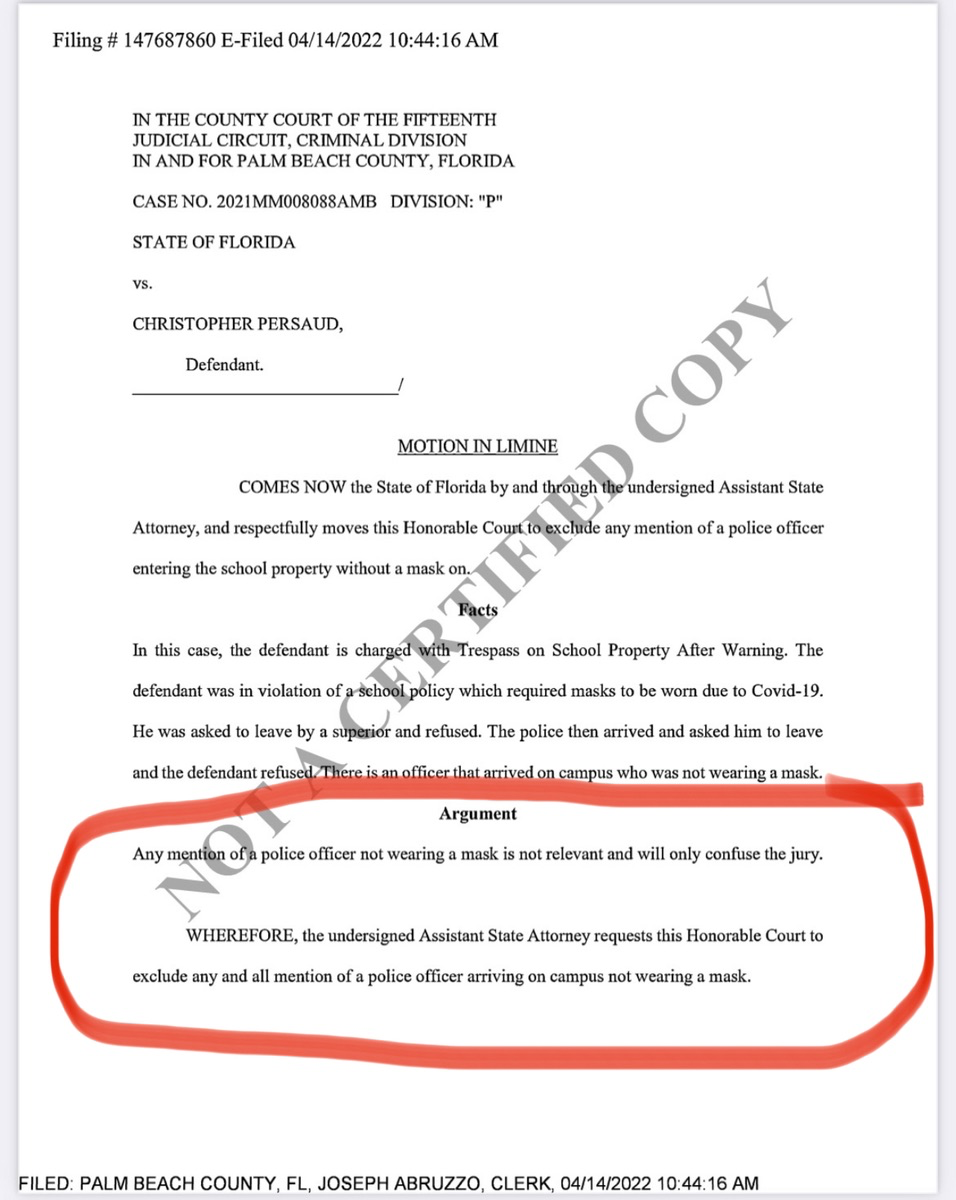 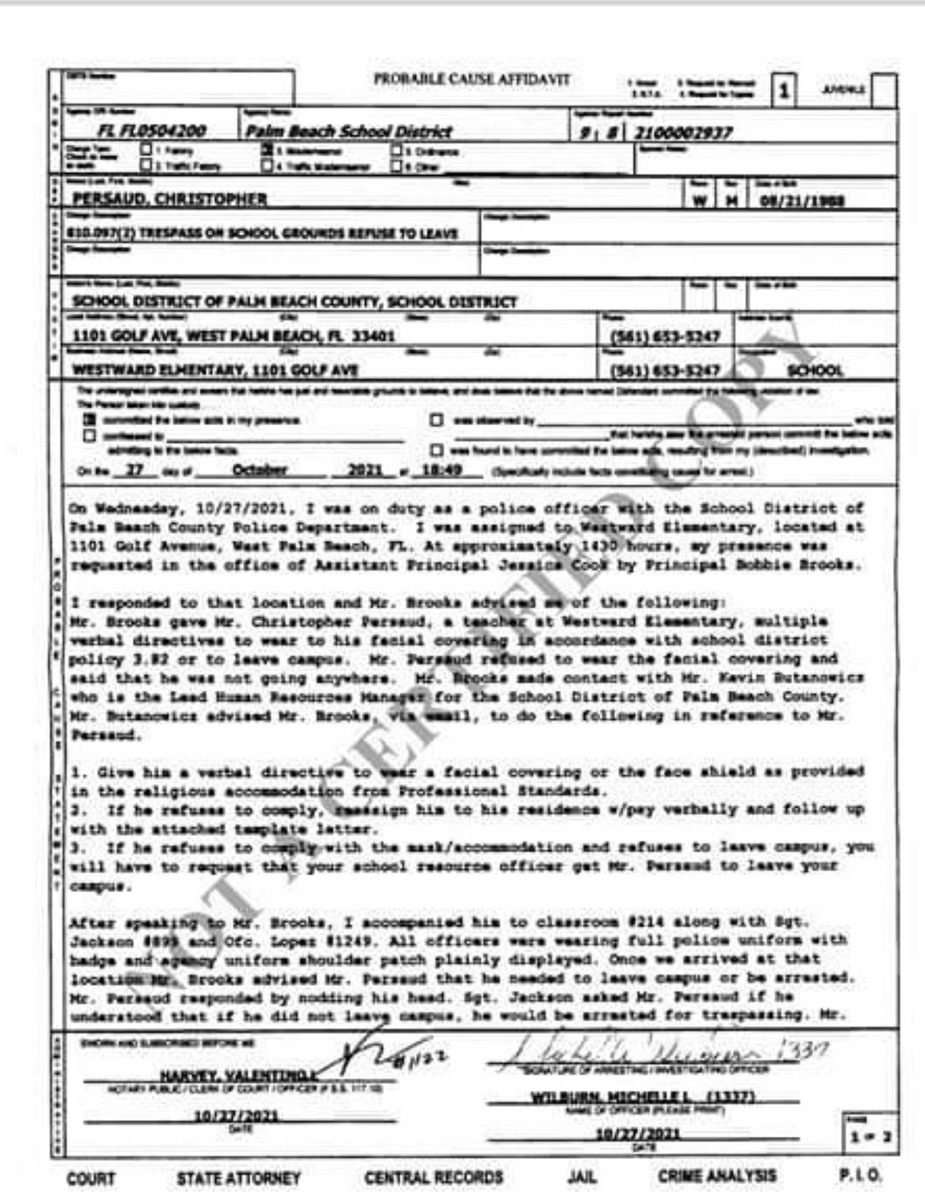 Persaud’s trial is Tuesday, April 26 at the Palm Beach Courthouse. 205 N. Dixie Highway, West Palm Beach at 10am. Room 9G. The public may attend so come to support Chris! He faces up to one year in jail and a fine if convicted.

Chris Persaud was found guilty by a jury of Trespassing on School Property after refusing to wear a mask. The judge adjudicated him which means he owes court costs and it will go on his record but no jail time or probation. The Governor promised to pardon anyone convicted of a Covid offense but has not done so in the case of Chris or Cindy DiCorrado.


No comments found.   Be the first!
CALL-TO-ACTION!

Come Support Chris at his Trial!

*ALERT!!* Palm Beach Teacher Chris Persaud Faces ONE YEAR IN JAIL for refusing to wear ze mask!! His trial is tomorrow, Tuesday, April 26 at the Palm Beach Courthouse. 205 N. Dixie Highway, West Palm Beach at 10am. Room 9G. The public may attend so come to support Chris! See you there!